What Happened To Prompt Customer Service?

What Happened To Prompt Customer Service? 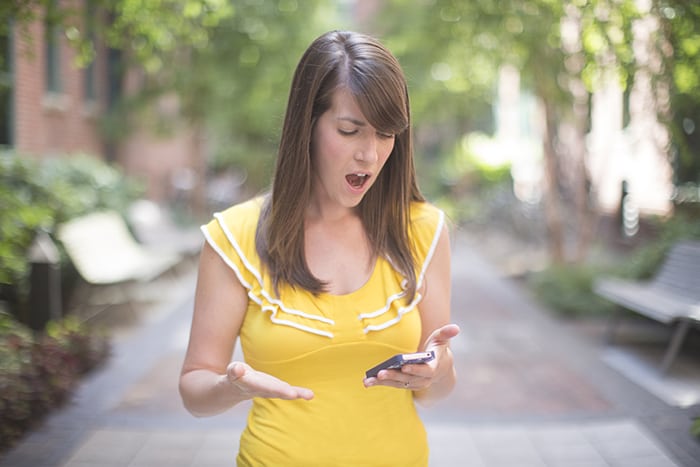 What happened to prompt customer service?

Why aren’t businesses willing and able to give you a call when you need to speak to someone?

I recently ran into this issue when purchasing a home.  I chose to seek financing with a lender that I’ve used as my bank for several decades.  I was shocked to discover how difficult it was to navigate the lending process with them; a journey that was made significantly more difficult by their lack of availability and unwillingness to answer my phone calls.

Here’s the low down on my lackluster lending journey:

I started the lending process by applying online.  Once my application was completed, I sat back and waited for a response. I ended up waiting over a week without a single call or email.

I became increasingly more impatient as the house I wanted to buy sat on the market available to other potential buyers, so I finally gave up on waiting for a response and called the lender.  I was immediately greeted by an automated phone system and spent the first 5 minutes of the call listening to a menu of several different communication options, languages choices, and departments I could potentially contact.

I was then prompted to give my member number and asked to hold, followed by the same message I previously received in two languages which mentioned that I should be contacting them any other way but calling.

After holding, I was able to reach a live person only to be disconnected before I could speak even one word.  So, I called the main number again only to be dumped into the same automated loop of different options that don’t apply to me presented in several languages that I don’t understand.

Long story short, several days and a few more calls later, my wish to speak with a live person in the home loans department was finally granted.

I was greeted with an apology and an array of excuses, but since I’ve had a pretty positive relationship with the lender for over 30 years I decided to give them the benefit of the doubt and proceed with the loan.

The vast majority of all communications after this call took place via email; even my voice mail messages received responses via email.

I didn’t complain though, as everything seemed to be going as planned.  Until … 3 weeks before closing my processor informed me that he would not be handling my loan anymore, but everything was in order and no further action was required by me.

A few more days passed and I received a response to my inquires; everything was still in order and good to go.

Fast forward to the week of my actual closing.

I received an email from my loan processor, “We won’t be able to make the closing date because we need more information from you.”

At this point I had a mixture of feelings ranging from anger to total confusion. Most of all I was surprised to hear this after being told several times that everything was in order and ready to go.

I tried to call the loan processor to get things straightened out quickly, but of course I was forward to a voice mail yet again! So, I left a voice mail explaining that if I didn’t receive a call back within 5 minutes I would be calling, emailing, and writing a letter addressed to the bank’s CEO. Within moments, my phone rang!

By the time my loan was finalized, I had spent significantly more time on my lender’s automated phone system than I did speaking to my actual loan processors.

I always gave them the benefit of the doubt but I should have realized from the beginning that they weren’t the right option for me; they weren’t prompt, organized or easy to contact.

What type of customer service experience do you provide?

If you’re sending your clients to voice mail, not following up promptly and generally making yourself unavailable, then you’re doing it wrong.

Dump your automated phone system and answer your calls with live Customer Service Professionals at all times of day and night.  Contact us today for more info.

About the Author: Teri Erickson

I hope you found this article helpful, if you have any questions you can contact me on my direct line at AnswerFirst: 813-636-3975. If I don’t provide our potential clients with top-notch customer service from day 1, then why should they trust my company to provide their clients with the same?
Page load link