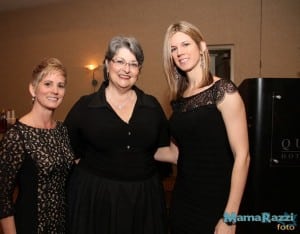 According to the South Tampa Chamber of Commerce (STCOC) website, the Business of the Year Awards was set-up to recognize and honor STCOC members that have demonstrated leadership, positive growth and development, and integrity in operation as a business as well as a commitment to the community. Several Chamber members were nominated to compete in the First Annual Awards Gala and were required to complete applications as well as an interview process where independent judges applied numerical values to the following categories: strategy/vision, operational transparency, financial controls/cash flow, customer validation/acquisition, technology and community involvement. The businesses with the highest scores were awarded “Business of the Year” titles in the following categories: Emerging, Small, Medium and Large.

The South Tampa Chamber of Commerce is a networking organization, that offers numerous networking events each month, and provides members with support for each other. The Chamber maintains that community service differentiates them from other chambers and also serves as a cornerstone of their organization; they believe that there is a unique opportunity to “give back” to the community that has supported them over the years. AnswerFirst joined the South Tampa Chamber of Commerce in May 2011.

It’s unfortunate that we didn’t take home the award for Business of the Year, but we are still very honored to have been nominated by the Chamber to compete in the inaugural event. The Awards Gala was another great STCOC networking event and we enjoyed meeting and socializing with the other competitors. We’re already looking forward to next year’s gala!”